Back in October, Mexico’s government announced that it would be investigating allegations of forced labor at two of the country’s fresh tomato export companies. The statement came after US Customs and Border Protection (CBP) declared that imports from Mexican farms would be banned due to forced labor allegations.

The US Considers Addressing Forced Labor to Be a Priority

Information about the two companies, Agropecuarios Tom S.A. de C.V. and Horticola S.A de C.V., and their subsidiaries has surfaced, implying that forced labor is being used on the farms.

The Biden administration considers forced labor allegations to be a priority, which has led to strict action being taken against any reasonable indication of this type of breach of human rights. The US government had previously made its stance on forced labor clear when it announced that addressing China’s alleged forced labor that targeted the Uighur population would be a priority.

Investigations to Be Carried Out

In response to the action taken by the US, Mexico’s labor ministry has announced that it has requested that the economy ministry opens a channel of communication with the firms that are under suspicion. Investigations, it claims, would be carried out by the National Agricultural Council alongside these communications.

If a breach of labor regulations is identified, Mexico’s government stated that a plan would be put into place to guarantee the protection of the workers’ rights. The two companies under investigation have the right to appeal the decision taken by the CBP and are encouraged to provide evidence that illustrates their compliance with labor regulations. Until this evidence is provided, the sanction on exports will remain in place. 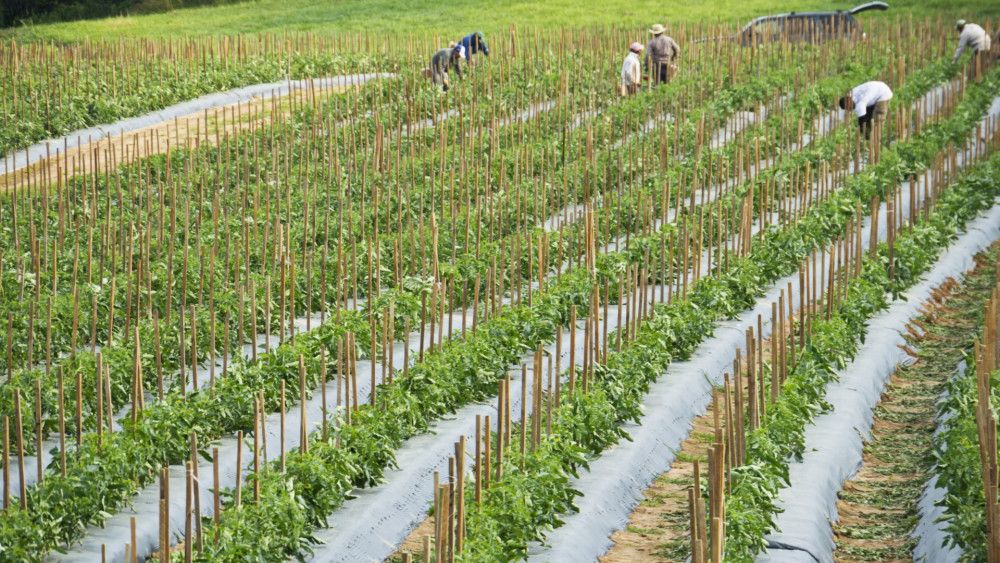 This news comes at a time when the Mexican tomato export business is thriving. Between 2014 and 2020, tomato production rose from 664 million kg to 857 million kg. According to predictions from the USDA, exports of tomatoes from Mexico are expected to reach a record-high this year. In the first quarter of 2021, 579,000 tons of tomatoes were exported from the country, representing an increase of 9.5%. It is predicted that tomato exports will continue to rise a further 2% over the course of 2022.

The widespread adoption of new technology by farms in Mexico have allowed the country’s producers to continue exporting tomatoes over the winter, which has made Mexican producers more attractive to countries like the US, which become more reliant on imports during the colder months.

The US is the main consumer of Mexican tomato exports. In fact, almost all tomatoes that leave Mexico head to the US, which means allegations over forced labor could stall growth in this sector. The full extent of the impact on Mexico’s tomato exports will depend on the outcome of the investigation.

Found this article informative? Check out the rest of our site for more!