U.S. trade with China has grown enormously in recent decades and is crucial for both countries. Today, the United States imports more from China than any other country, and China is one of the largest export markets for U.S. goods and services. This U.S.-China trade deal has helped the United States in the form of lower prices for consumers and higher profits for corporations, but it has also come with costs.

Though U.S. consumers benefited from the flood of cheaper goods from China, millions of Americans lost their jobs due to import competition. The U.S.–China trade tension raises - The United States has long accused China of pressuring American companies to hand over their technology or stealing it outright. The optimism that accompanied China's entry into the World Trade Organization (WTO) twenty years ago has vanished as Beijing has embraced state-led development, pouring subsidies into targeted industries to the detriment of U.S. and foreign companies. Meanwhile, investment by Chinese companies has increasingly raised national security concerns. As U.S. President Joe Biden embraces an increasingly aggressive approach, the future of the economic relationship is uncertain.

The History of The U.S.-China Trade Relationship

Following the founding of the People's Republic of China in 1949, there was no trade between the two nations for thirty years due to Washington cutting connections with the communist regime in Beijing. After the two countries' relations were restored in 1979, trade between them exploded, growing from a few billion dollars to hundreds of billions yearly.

With Deng Xiaoping in charge, China started a protracted economic reform phase in the late 1970s. His administration reduced restrictions on the economy and encouraged the growth of the private sector. Beijing applied to rejoin the General Agreement on Tariffs and Trade, the forerunner to the WTO, in 1986 as part of the Chinese authorities' efforts to increase trade and investment. China joined the WTO in December 2001 after protracted discussions with the U.S. and other WTO members. Beijing agreed to a broad range of economic reforms as a condition of the entrance, including significant reductions in import tariffs, protection of intellectual property (I.P.), and increased transparency regarding its laws and regulations.

At the time, U.S. President Bill Clinton and his advisors contended that bringing China into the global trading system would benefit the United States and foster economic and, ultimately, democratic reform in China. Still, the move was opposed by U.S. labour unions and many congressional Democrats, who argued that China's weak worker and environmental protections would incentivize similar practices elsewhere and bring about a "race to the bottom."

Even before China joined the WTO, trade between the two countries was growing. But WTO membership ensured "permanent normal trade relations," providing U.S. and foreign companies with additional certainty that they could produce in China and export to the United States. Trade surged: U.S. goods imported from China rose from about $100 billion in 2001 to $500 billion in 2021. This leap in imports is due in part to China's critical position in global supply chains; Chinese factories assemble products for export to the United States using components from all over the world.

What are The Benefits of This Trade?

Lower prices have benefited American consumers, while U.S. businesses have greatly benefited from access to China's market and the lowering of international trading costs. The average American household's annual purchasing power increased by $1,500 between 2000 and 2007 thanks to the US-China partnership, according to research by economists Xavier Jaravel and Erick Sager published in 2019. After Canada and Mexico, China is currently the third-largest export market for the United States. According to a 2017 study commissioned by the business association US-China Business Council, exports to China supported approximately two million American jobs.

American companies earn hundreds of billions of dollars annually from sales in China—money they can invest in their U.S. operations. Chinese companies have invested billions of dollars in the United States, though this investment has dwindled amid heightened U.S. government scrutiny in recent years.

China has greatly benefited from trade with the United States and the rest of the globe. China now has the second-largest economy in the world behind the United States since 2001, when inflation is considered. As a result of this growth, hundreds of millions of people have been rescued from abject poverty. 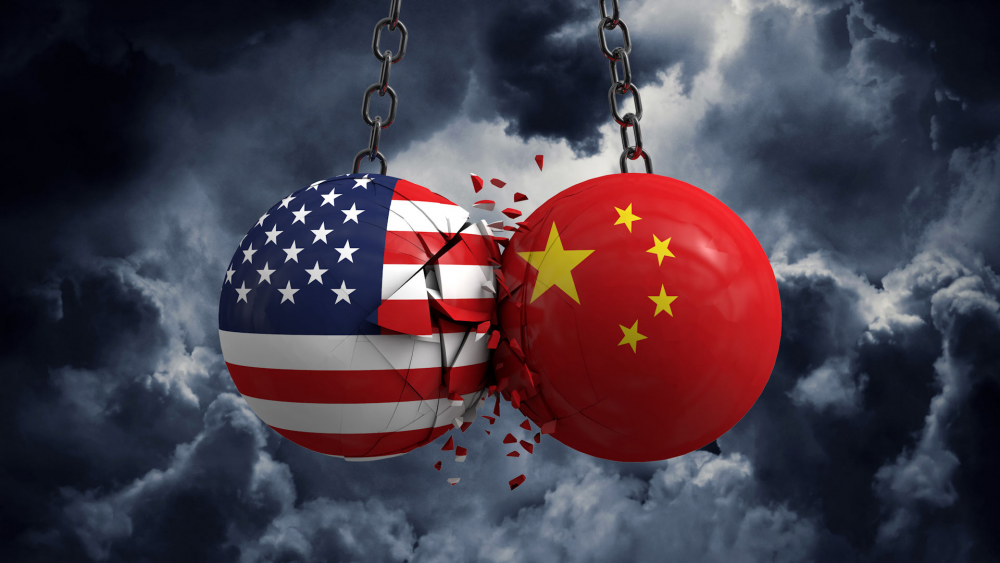 What Issues Has It Created?

Though the trade relationship has undoubtedly brought benefits, it has also presented the United States and other countries with various problems.

Manufacturing job losses. Researchers David Autor, David Dorn, and Gordon Hanson discovered that the so-called China Shock costs of increasing trade with China were more severe than those of increasing trade with other nations, such as Japan. This resulted from the quick increase in imports, the enormous workforce employed at low wages in China, and the variety of impacted sectors.

Subsidization and state-owned enterprises. The Chinese government has poured subsidies into several industries to create "national champion" businesses to meet its economic objectives. The United States contends that many Chinese state-owned businesses operate as de facto extensions of the government and, in contrast to their private counterparts, do not base decisions on market forces.

Currency manipulation. Many economists say China kept the value of its currency, the renminbi, artificially low in the decade after it joined the WTO by accumulating U.S. dollar reserves.

Labor and human rights violations. The United States has long been critical of China on human rights issues, and U.S. labour groups have persistently complained about poor working conditions in China.

What Lies Ahead for U.S.-China Trade?

Biden's desire to escalate China's economic retaliation further raises concerns about the future of trade relations. Neither American export restrictions nor retaliatory Chinese tariffs or trading costs on American exports have shown any signs of being pulled back. U.S. policymakers could look for domestic ways to oppose China to escalate the trade dispute. Some lawmakers have proposed legislation requiring public investment plans to divest from Chinese firms, and American regulators have threatened to delist Chinese firms from U.S. exchanges completely.

The resurgence of industrial policy in the United States has been facilitated by China's ascent and a fresh understanding of the COVID-19 pandemic's revelation of the vulnerability of global supply chains. Hundreds of billions of dollars will be allocated to scientific research and local production of high-tech items, such as semiconductors, according to the CHIPS and Science Act and the Inflation Reduction Act, passed in August 2022. According to experts, the simultaneous attempts to harm rival Chinese businesses, particularly Biden's export limits enacted in October 2022, may cause China's semiconductor industry to stagnate.