Zimbabwe's Exports and Imports are Shrinking

Digital Trends: ASEAN on the Way to Become a Digital Leader
International Trade
Next Article

Russia's attack on Ukraine has shocked the world. When Russian tanks started rolling across the Ukrainian borders in February 2022, politicians started speaking about the beginning of a new era. Since then, both Russia and Europe have changed. Although there has so far not been any direct military confrontation between NATO and Russia, financial warfare is in full swing.

Western nations have imposed economic sanctions on Russia. These sanctions aim to cripple the Russian economy and make it unable to support President Putin's war ambitions in Ukraine. Sanctions include, for example, restrictions on Russian imports, the freezing of Russian state assets abroad, and the freezing of the assets of sanctioned Russian individuals. European and American companies leaving Russia and severing ties have also added to the pressure.

Many of these sanctions have proven to be effective. The Russian economy was predicted to shrink by ten percent in 2022 compared to the previous year, according to the bank Goldman Sachs. Russian financial markets have crashed, and the Russian ruble has lost value - although it has significantly recovered since the start of the economic sanctions. But the financial crisis in Russia and the economic sanctions by the West have also impacted other parts of the world. 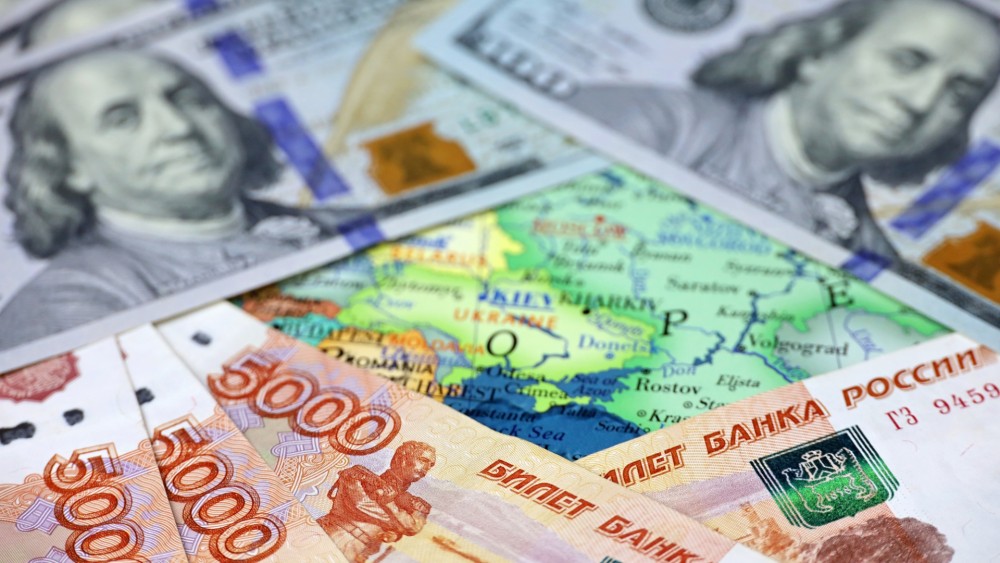 Global Impacts of the Russian Crisis

With Russian firms unable to sell goods and commodities to western economies, they have been looking to increase their trade with other regions. In particular, China and India have benefited from deteriorating trade relationships in Europe. Both countries can now buy commodities, especially oil and gas, at a significant discount as Russian firms need to find alternative buyers.

On the flip side, lack of access to commodities harms western firms, particularly European firms. Over the past decade, Europe has increasingly become dependent on Russian oil and gas. That's particularly the case in Germany, Europe's largest economy. A gas shortage would especially be a problem for German firms as they lack alternative sources apart from Russian suppliers.

A financial crisis in Russia also heavily impacts the neighboring Central Asian economies. Countries like Kazakhstan or Uzbekistan heavily depend on remittances from guest workers in Russia. With the Russian economy collapsing, remittances will inevitably shrink, meaning fewer capital inflows in these countries. A downturn in the Russian economy also affects trade with their Asian neighbors.

Apart from the impact on commodity prices, a financial crisis in Russia will only have a relatively limited impact on the world. For many years, Russian leaders have attempted to reduce Russian firms' reliance on external markets as they prepared their economy for war. Less interdependence also means that the global consequences of a Russian financial crisis will be less contagious.