The advent of new electronic payment methods in France

At present, world trade is influenced by many factors that are almost impossible to predict. The global economy has not yet fully recovered from the effects of COVID-19, as new blows in the face of military conflicts between Russia and Ukraine have happened. According to WTO experts, the world merchandise trade index is 96.2 points, with a base value of 100.

"The global economy is facing a complex crisis. The picture for 2023 is much bleaker," said WTO Director-General Ngozi Okonjo-Iweala.

"The war in Ukraine is beginning to affect international trade, mainly through rising prices," the report says. The increase of about $250 million compared to the fourth quarter of 2021 is driven by rising commodity prices, as absolute trade volumes (not in value) increased to a much lesser extent. While trade growth is expected to remain positive, it continued to slow down in the second quarter of 2022.

The report also says that rising interest rates and the scaling back of economic stimulus measures will likely hurt trade through the end of 2022. Commodity price volatility and geopolitical factors will continue to add uncertainty to trade developments.

According to the report, the pace of trade growth in the first quarter of 2022 remained strong in all geographic regions, although it was slightly lower in East Asia and Pacific regions.

Significant Growth in Various Sectors of the Economy

The WTO report shows that in the first quarter of 2022, most sectors of the economy recorded a significant increase in the cost of trading compared to the previous year.

Strong growth in trade volume (in value terms) in the energy sector is attributed to high fuel prices. Trade growth was also above average in the metals and chemicals industries.
In contrast, trade in the transport and communications equipment sectors remained below 2021 and 2019 levels. 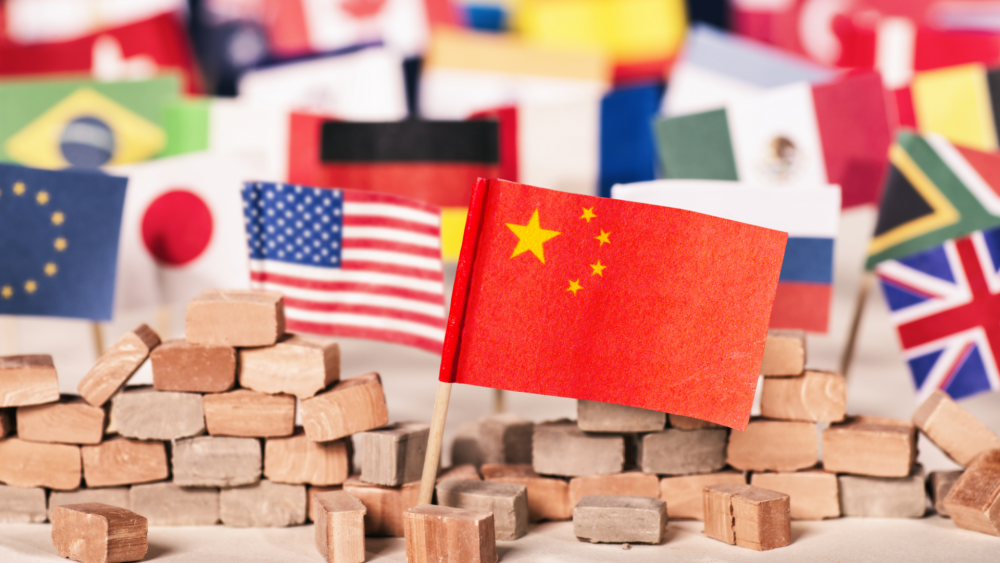 The WTO report says that the development of global trade in the rest of 2022 is likely to be affected by slower-than-expected economic growth due to higher interest rates, inflationary pressures, and concerns about debt sustainability in many economies.
The report notes that the war in Ukraine is affecting international trade by putting pressure on global prices for energy and commodities.
Other factors expected to affect world trade this year are:
• The remaining problems with global supply chains.
• The trend toward regionalization.
• The transition to a greener global economy.

According to a published study prepared by experts from the World Trade Organization (WTO), events in Ukraine could negate half of the expected growth in world trade in 2022. The WTO predicts that the crisis could reduce global GDP growth to 3.1 and 3.7 percent this year, while world trade growth would fall from 2.4 to 3 percent. In October, the WTO expected its growth by 4.7 percent in 2022.

The report notes that the costs of reduced trade and production are likely to be felt by people around the world due to rising food and energy prices and the reduced availability of goods exported by Russia and Ukraine. According to experts, the poorest countries will, first of all, feel the negative consequences since they spend a more significant part of their income on food than more affluent countries, which may affect political stability in these states.

Although the shares of Russia and Ukraine in global production and trade are relatively small, both countries are important suppliers of essential goods, including food and energy, according to the Belgian agency Belga. Before the pandemic, both countries accounted for about 25 percent of the world's wheat, 15 percent of barley, and 45 percent of sunflowers, according to the WTO. Russia alone accounts for 9.4 percent of global fuel trade, and the share of Russian natural gas has risen to 20 percent.

The Predictions of The WTO for 2023

The volume of world trade in 2022 will increase by 3.5% compared to 2021, according to the World Trade Organization's (WTO) predictions. Six months ago, this indicator was predicted by its experts at the level of 3% - the revision of expectations is associated with a sharp increase in money turnover in the world due to the rise in the cost of energy resources and food.

Next year, the growth may be only 1% instead of the previously expected 3.4% - the slowdown in trade will occur against the backdrop of a decrease in business activity in the world's largest economies, including Europe, the United States, and China. The WTO predicts a "fork" of 2-4.9% growth, and the following year the possible range of turnover changes is even more comprehensive - from minus 2.8% in case of harmful risks to plus 4.6 % with positive "surprises."

In Europe, the decline in business activity will be associated with rising energy prices; in the US - with a tightening of monetary policy (this affects the housing market, demand for cars, and capital investment); in China - with weakening external demand and the impact of anti-COVID restrictions.

The CIS+ countries are expected to face the most significant decline in turnover this year (for analysis purposes, this region includes not only the Commonwealth states but also Ukraine, Georgia, and Turkmenistan). Their trade in goods in April-June fell by 10.4% QoQ; imports fell by 21.7%. In general, for the year, the region is expected to reduce exports by 5.8% and imports - by 24.7%. This year's most significant trade growth will be observed in the Middle East - exports will grow by 14.6%, and imports will increase by 11.1%. In Europe, exports will increase by 1.8% and imports by 5.4%. In North America - by 3.4% and 8.5%, respectively.

The WTO also predicts that increased spending on fuel, food, and fertilizer imports could lead to food shortages and debt problems in developing countries. Growth in global merchandise trade will slow later this year and into 2023 as the global economy continues to face headwinds, the World Trade Organization's Commodity Trade Barometer said.

At Exports News, we are dedicated to staying in the loop about international trade and breaking down the barriers to communication about global commerce. As economies worldwide begin to reawaken from the forced slowdown of activity, we hope to keep our viewers informed about trade as part of the solution to the recovery.