How eCommerce Is Disrupting Thailand’s Economy
Africa
Next Article

They are young, gifted, and proudly South African. Most importantly, they are determined to rewrite the history of the African entrepreneur. As South Africa marks its 25th year of democracy, Gen Z, also known as the digital natives, are forging their path. Between the ages of 16 and 25 years old, these teens and young adults from South Africa’s youth, and the one thing that’s true about them is that they are not waiting on anyone, including the Government, to rescue them. They are relentless in their pursuits and proactive in their own goals. These are what we call the ‘goal-diggers’ and hustlers of this generation.

Entrepreneurship – against all odds

The reality is that as of 2018, there were 9.3 million South Africans in debt, and it’s not getting better. There is even more debt incurred by university students who obtain study loans via financial institutions or government aid such as the National Student Financial Aid of South Africa, also known as NSFAS. Added to that, the unemployment rate amongst the youth in South Africa stood at 52.4% in mid-2018. For a country that has the majority of its citizens being young people, it’s clear that those young individuals who have embarked on the ‘be your own boss’ journey, have indeed chosen the road less traveled. According to a June 2018 City Press article, over 70% of Gen Z claims that they aspire to become entrepreneurs. This statistic is a good indication of a sign of changing times. While the #FeesMustFall movement had its era and gained momentum, while mobilizing young people to fight for free education, many have realized that the only way out of this perceived injustice, maybe to mind one’s business, literally. 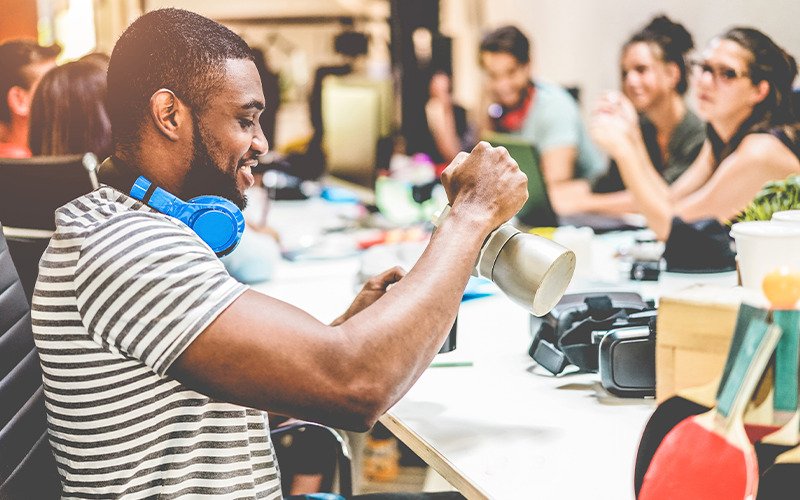 Once upon a time, witnessing the success the likes of a business extraordinaire, internationally acclaimed speaker and author Vusi Thembekwayo seemed like watching the story of an anomaly. Now we are seeing more entrepreneurial prototypes such as Ludwick Murishane, inventor of the dry bath or African doll maker Maite Makgoba and others emerging in their respective fields. These entrepreneurs give aspirant South African business owners a renewed sense of hope and optimism in their areas of endeavor. Perhaps just like the Fees Must Fall movement, entrepreneurship is the youth’s new form of protest. It may be less aggressive, but it is unequivocally as brave and as defiant. This is a protest that will create a chain of events that will change the course of the South African business landscape and impact the rest of the world.