The advent of new electronic payment methods in France

Brexit and how it was

To determine whether the UK should exit the European Union (EU) or remain a member, the UK held a referendum on June 23, 2016. The UK chose to leave the European Union (EU) in a referendum known as "Brexit" by a majority of 51.9% to 48.1%.
The amended Brexit agreement, which included the UK-EU Withdrawal Agreement and the Political Declaration on the future EU-UK partnership, was unveiled on October 17, 2019, by UK Prime Minister Boris Johnson and then-President of the European Commission Jean-Claude Juncker.

Later, the amended Brexit agreement was ratified by the UK Parliament, gained royal assent, and was endorsed by the European Parliament.
As a result, the UK officially ceased to be a member of the EU at 11 p.m. GMT on January 31, 2020, or 10 a.m. AEDT on February 1.

Brexit outcome: Transatlantic relationship between UK and US

The UK's exit from the European Union is a significant international development that has implications for many facets of transatlantic ties. Brexit is strengthening the strategic rapprochement between Britain and United States America. The revised strategy that Prime Minister Johnson delivered to Parliament in March 2021 shows a lean in favor of tighter ties with the United States.

Participation in the secretly developed triple alliance AUKUS, the designation of the Indo-Pacific Region as one of the top security priorities, and several other political innovations show that post-Brexit Britain is actively adjusting its international positioning to the strategic goals outlined by the Biden administration.

When the UK left the European Union, the latter had trade agreements with more than 70 nations, totaling roughly 40. The UK has maintained the trade process even if the EU's rules no longer apply, establishing bilateral deals with most of these nations. The UK government agreed on either a provisional application or an interim mechanism to prevent obstructing the continuation of commerce if the adoption of the agreement itself could not take place owing to timing restrictions linked with the conclusion of the transition period after Brexit. In October 2020, it was announced that the UK had signed a trade deal with Japan. Then, in January 2021, it also became known that the UK had applied to join the Comprehensive and Progressive Trans-Pacific Partnership Agreement.

The EU and the UK signed a Trade and Cooperation Agreement (TCA) at the end of December 2020, allowing for duty- and quota-free access to each other's markets. Brexit is criticized as a weak and challenging agreement for the British economy. The United States, the European Union, and Britain are all affected by the multifaceted economic effects of Brexit. The amount of commerce between the UK and the EU has been steadily declining since 2018 when the decoupling process became irreversible. In 2020, British exports of goods to the EU fell by $40.5 billion (17.8%) from the previous year to $187.2 billion. During this time, imports decreased by $58.7 billion (16.5%) to $297.6 billion [7], yet this still amounts to a significant amount in absolute terms.

In contrast, the UK-US trade relationship was on the decline. British exports to the US have consistently increased, reaching a record $73.5 billion in 2019 from $59.1 billion in 2017. 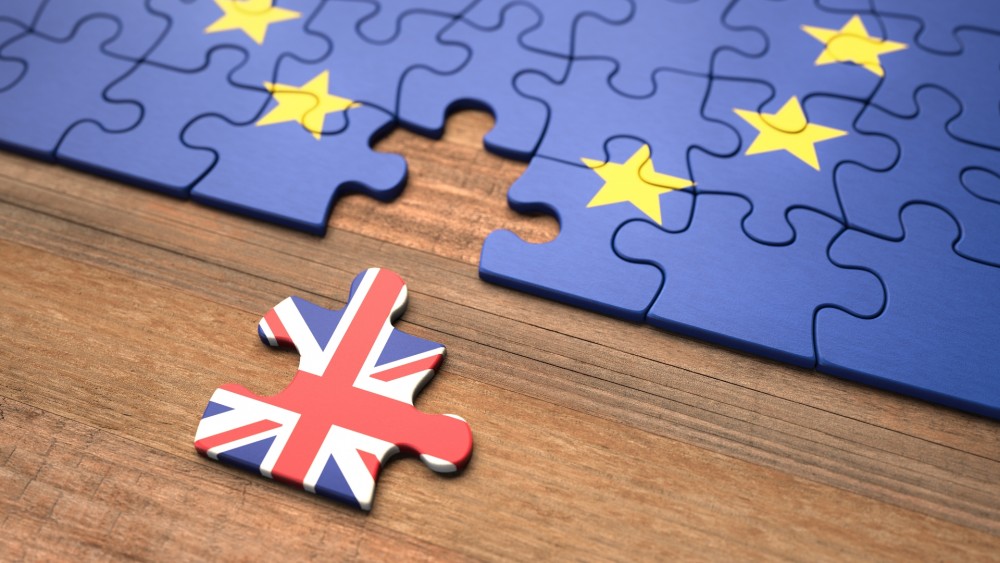 However, due to decreased economic activity on both sides of the Atlantic due to the coronavirus pandemic, they declined to $55.6 billion in 2020. British imports from the United States increased considerably throughout these years. As a result, the bilateral trade surplus in favor of the United States hit an all-time high of $8.8 billion [8]. US exports to the UK were $50.9 billion, while imports from the US came to $46.1 billion in the first ten months of 2021 [9], and, judging by the current dynamics, the volume of bilateral trade is likely to remain the same.

The United Kingdom is one of the largest commercial partners of the United States, according to US figures. Except for a few of its economic sectors that were subject to limitations imposed by EU law, the UK has historically been viewed by American industry as a viable location to invest money. With its exit from the European Union, Britain has lost some of its allure as an investment destination for American companies. For example, it is no longer possible to enter the common European market on favorable terms via the "British gate," which consisted of joint ventures and British subsidiaries of American companies and corporations. Ford has thus scaled back the investment it had initially intended to make in its UK production plants. The investment plans of further American businesses have also been modified.

On May 5, 2020, talks on a trade pact between the United States and the UK started. The parties have reached a significant agreement on several of the trade agreement's clauses. They have also signed five different regulatory standards agreements that are the same as those between the US and the EU. These standards include insurance and product categories, including wine, distilled beverages, maritime and telecommunications equipment, electromagnetic capabilities, and medicinal items.

The UK eased the conditions of entry to its market, making it more alluring to American businesses, to hasten the conclusion of a free trade deal with the United States. Achieving such conformity, however, will make it challenging for London to reach free trade deals with nations who will seek equally advantageous conditions for themselves. Additionally, the adverse effects on the British economy of separating its regulatory structure from EU standards would considerably outweigh the benefits of the free trade agreement with the United States.
Brexit-related changes to border and customs control regulations have made it more challenging to convey export products from EU nations to Northern Ireland, which is still part of the EU market. A particular protocol that is a part of the agreement on the conditions of the UK's withdrawal from the EU contains a compromise on this matter. Custom control issues between Britain and Northern Ireland still need to be addressed. London's stance has recently softened a bit, although discrepancies still need to be eliminated. Washington urged London to avoid taking any actions that would make the situation in Northern Ireland unstable.

It's equally crucial to remember that the US-UK alliance must serve as the free world's beating heart. It is in Washington and London's best interests to cooperate and strengthen their Special Relationship in light of Vladimir Putin's Russian invasion of Ukraine. Washington and London are two of the world's oldest free-market democracies. This includes moving quickly to finalize a significant bilateral trade agreement that will help both countries' economies recover from the COVID-19 outbreak and boost investment and job creation.

Check our Export News' blog section and take full advantage of all the benefits we offer if you are new to the world of trade and need more important information.